The story is told in the first-person narrative that switches perspectives with each new chapter. We get to see the story unfold before us through the eyes of a few different characters throughout the book. The two main characters are Kaya and Travin who are currently adults and have been friends since they were young children living in the peaceful town of Avoca in the land of Canaan. The bulk of the story takes place after both they and others flee from their town and become part of the growing Israeli army that is beginning its march through Canaan on towards the Jordan River. Though the advancement and fighting of the army is a big part of the book, the main thrust is actually found in the relationship between the two friends who have slowly drifted apart as they grew up. Through the testing of their newfound war and the myriad of new and old interpersonal relationships, we see Kaya and Travin ebb and flow in their respect and devotion to each other as friends. Though the book is based on Biblical events, it goes beyond the Good Book’s narrative to fill in the parts of the conquest of Canaan that were not recounted there. It is not meant to be precisely accurate to the actual occurrences either, but for the most part it stays pretty faithful to the original telling from the Bible. This was something that I originally was a bit concerned about, yet the author did a nice job in keeping true to the spirit of the Israelites in that period of history. Also, the filling in of more specific actions and events in relation to the history was something that I really enjoyed reading about throughout the book.I can say that there wasn’t really too much that bothered me about the book. One thing that I got frustrated with was Kaya and how she acted and reacted often towards those around her. It made me want to shake the book to wake her up at times. A few peripheral things that happened during the story were kind of left unexplained in the end, but they were not so glaring as to truly detract from the story as a whole.

Overall, I give this book a 4 out of 4 stars. It was a nice flowing read that took me back into the history of Israel as it began to claim its new home after wandering the wilderness for 40 years. I think that any reader who likes historical or religious fiction will truly enjoy reading this story. Those who like a little bit of intrigue with some romance lightly sprinkled on top should also find it a good read.

Popular posts from this blog 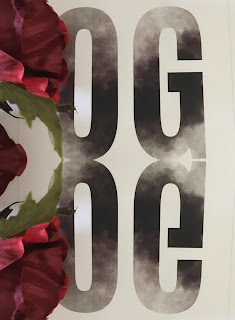 I'm a big dreamer. And when I say BIG, I mean astronomically HUGE.
I've been dreaming about this project since I was little, and I've been ambitiously pursuing publication, and book-to-film adaptation, ever since finishing this novel.
Conquest of Canaan: Og is my first written and published book. A historical fiction written in a magical and modern voice, retelling the true events that take place in Joshua, in the bible.
Now, I have sworn that I would not let my motives for being an artist get corrupted. I have stayed true and NOT checked the stats for my sales since week one. I know that is CRAZZYYY but honestly, I'm not in this for "stats". What I am in this for is creating a unique, emotional, artistic movement for readers and writers alike.
As I read reviews of Og, my heart swells with pride. Everyone is eating it up. Loving it. Dying for more. Falling in love with the characters. Begging for an ARC of book two. It is more than I could dream of.
What els…
Read more 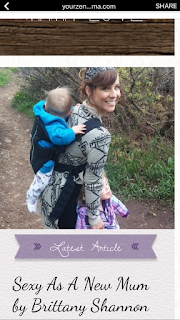 Hi friends! I am delighted to share with you my article, titled "How to be Sexy as a New Mum" featured today on YourZenMama.com.
I LOVE this site and the community the founders have started. It is all things "parenting" and "mama".
Check out their site and my article in the Mom Love section for some giggles and mommy love. Follow Your Zen Mama on social media for updates, advice, and articles about having little humans around.
Thanks and I hope you enjoy! By Brittany Shannon
Read more 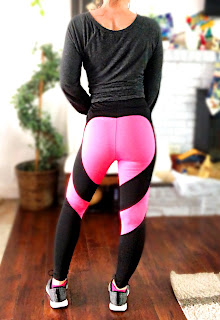 I totally work out every day. I really do. I have biceps to prove it. But let’s get one thing clear: My workouts consist of doing planks, downward dog, upward dog, scolding the kids dog, drinking flavored water dog (cause plain water is yuck) and basically ALL the dogs...whilst said kids are climbing, jumping, and hanging from my yoga inspired positions. Need a bicep workout? Just add 65lbs of resistance...not kidding. I can loan you 63 of those pounds for free on any given occasion.
On second thought, can we maybe trade services? I’ll loan you my precious ankle and wrist weights for an evening out on the town. Have you tried hiring a babysitter these days? I’m not sure what is more horrifying: 1) the fact that they expect to be paid above minimum wage for doing what people should, by any obligation, DO. (Keep other humans alive, take one for the team, make it a village) or 2) that they literally sit on Facebook the entire time, and you come h…
Read more