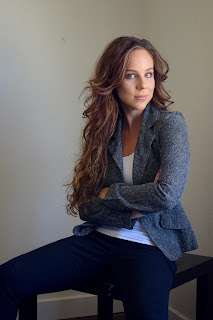 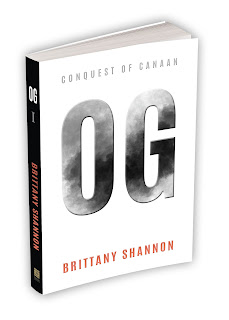 Curious about Conquest of Canaan? It has great reviews online, and also received a 5/5 from Readers Favorite, and a 9/10 in t he Book Pipeline Awards (as a finalist).
Conquest of Canaan: Book 1 Og

Og is an imaginative fiction that combines adventure, romance, and spiritual confliction in a contemprary retelling of biblical events. Led by the famous military genius—Joshua—the Israelites embark on the barbaric conquest of Canaan, including the pivotal abolition of Og, King of Bashan.

Abandoned by her mother, and orphaned by her father, Kaya Lucan is as impartial to existence as her hometown is to politics. A haunting past and a semi-boring life of indulging in wine, caring for animals, and tolerating her (only) two friends—Travin Shelomo and Rebby Daan—characterize the witty misanthrope. But when their pompously neutral village, Avoca, is destroyed by diseased rebels, all of its inhabitants must flee.

Where there’s smoke, there’s fire. Psychological warfare has consumed the spine of Canaan. Rogue rebels run rampant. The disease kills what the sword does not. It’s not that bad if you’re, say, Joshua—chosen general of God’s elite army. When the Israelites recruit able-bodied men and women, and with the threat of extermination lingering, Kaya recklessly enlists. Although Travin and Rebby enthusiastically join ranks with Joshua’s brigade, and excel in their new profession, violence and religion require a fierce personality adjustment for her.

The daunting crusade of growing up parallels the intensity of battle. A charismatic Rebby, a gentle-hearted Travin, and a self-destructive Kaya unearth the complexity of tactical brilliance, faith, and survival.

I also just added my first children's book to my list of publications.
It is titled The Hinch and can be found on LuLu.
It's a simple cute story for children about overcoming your fears. 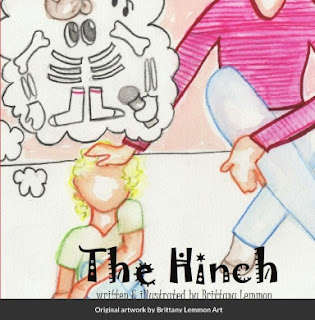